The second edition of jProfessionals was really huge!

jProfessionals is a small one day absolutely free miniconference. We consider it as a smaller daughter of jPrime. It is a good place to see both prominent and newbee speakers, and even try yourself as lecturer. The format is quite agile!

We are very pleased that hall was full and stayed like this till the end. All our eventbrite free tickets were “sold”.

The Java users are ready for the new knowledge: 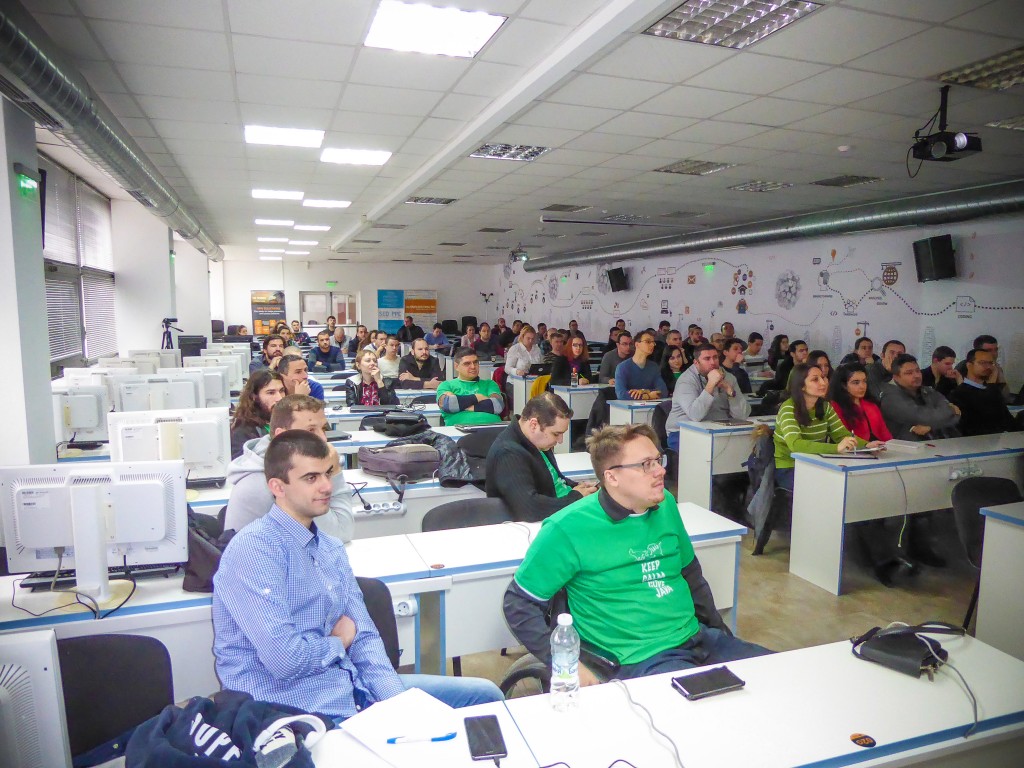 Ivan Ivanov and Nayden Gochev open event (Richard Warburton is getting ready for his first talk): 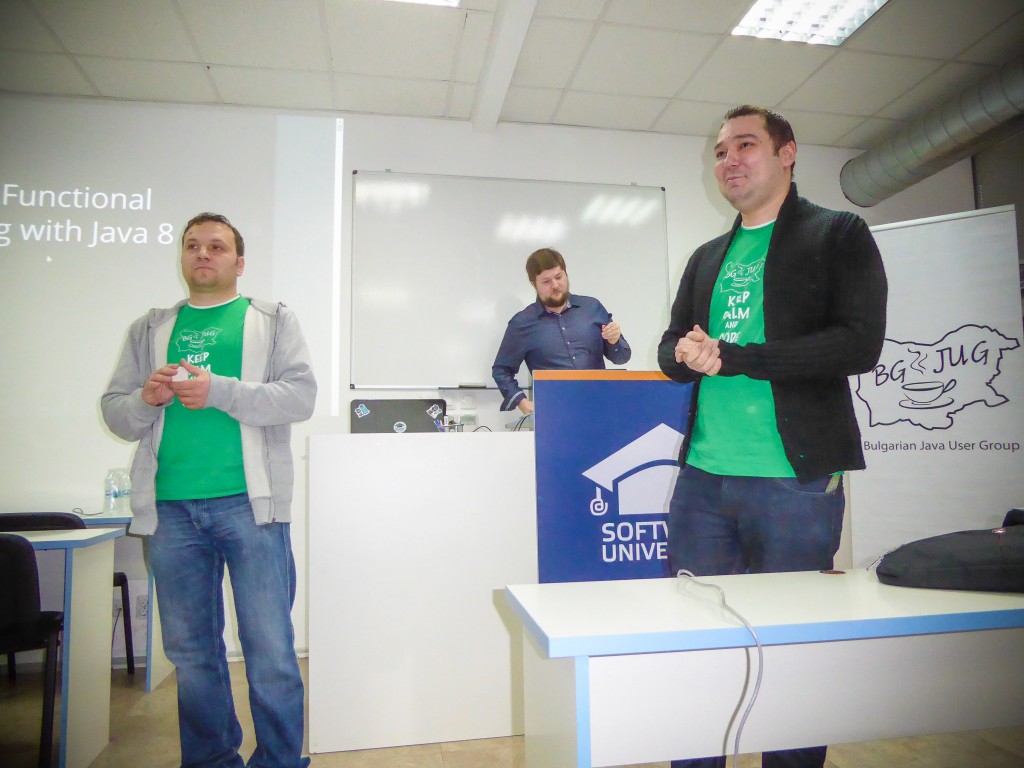 Richard Warburton, our special guest from LJC kicks-off with the Pragmatic Functional refactoring with Java 8: 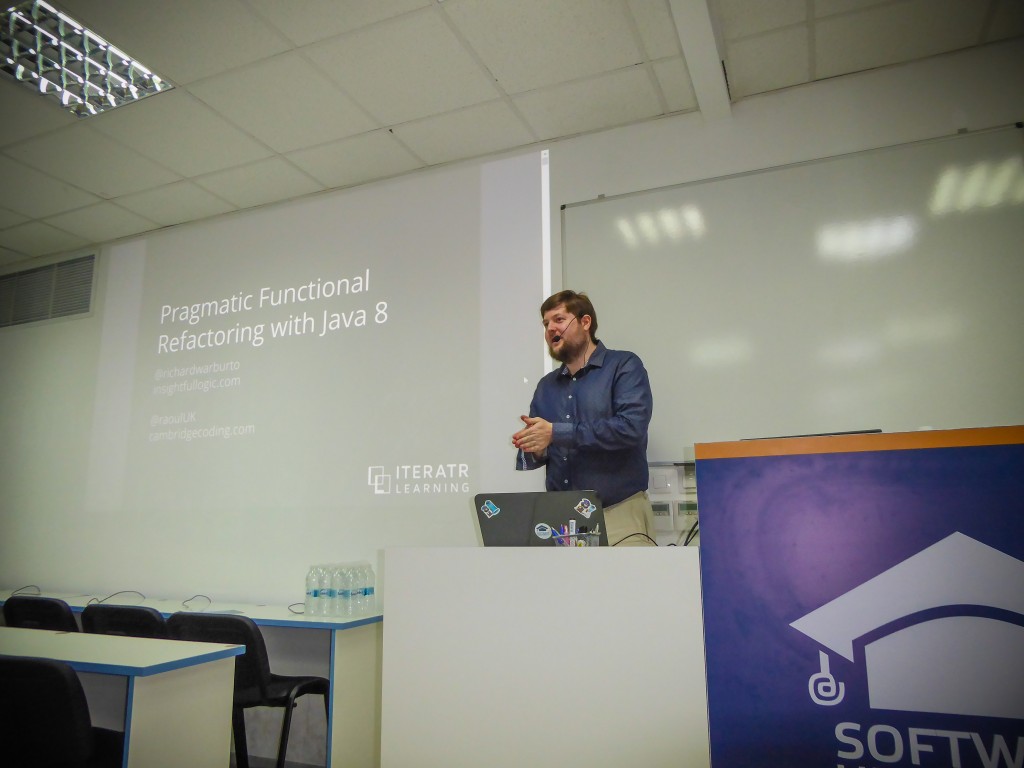 A truly useful deep dive in Java 8 new features and how to use the effectively. Except “typical” topics regarding Lambdas and Default methods a big attention was payed to the Optional and currying.

We then continued with Vladimir Tsanev’s live coding session about Spring REST Docs – a great automated way to create documentation for REST. 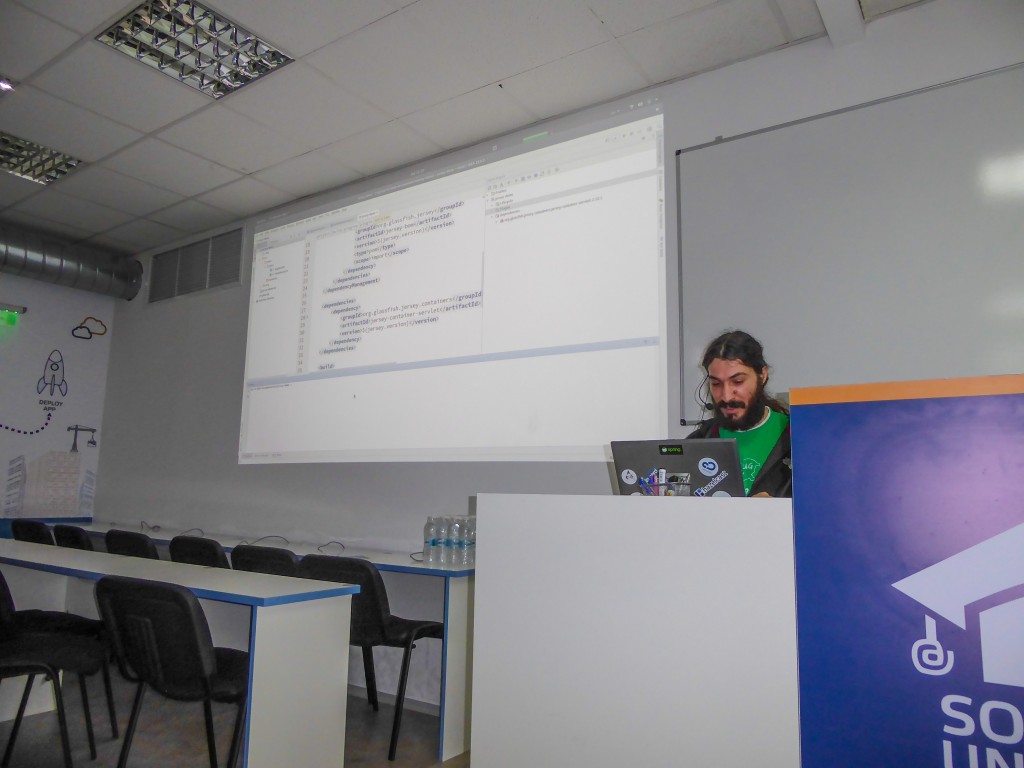 After some lunch break, the next special guest from LJC Daniel Bryant presented his wonderful session “The Seven deadly sins of microservices“. A truly nice summary of what are microservices useful for and for what they are now. A bunch of god books were given for helping to convince your boss they are suitable or not. 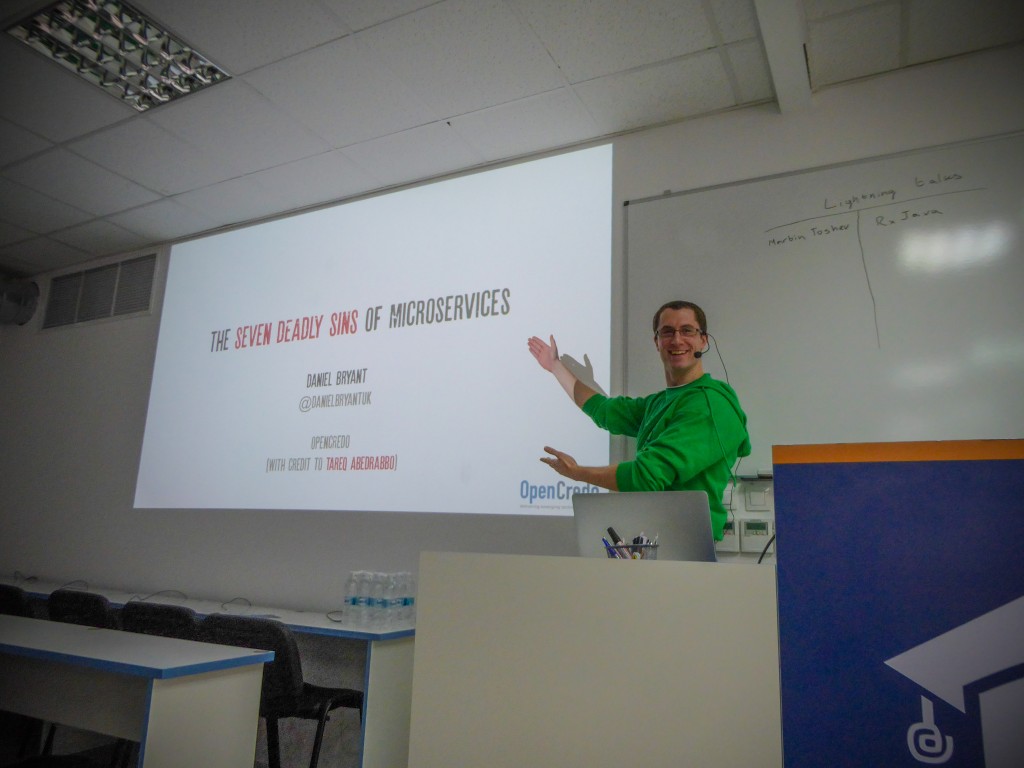 Doychin Bondzev then gave a session regarding a less known free Database engine Firebird. Although it’s not that popular it can provide competitive features similar to well known RDBMs like Postgres or MariaDB. 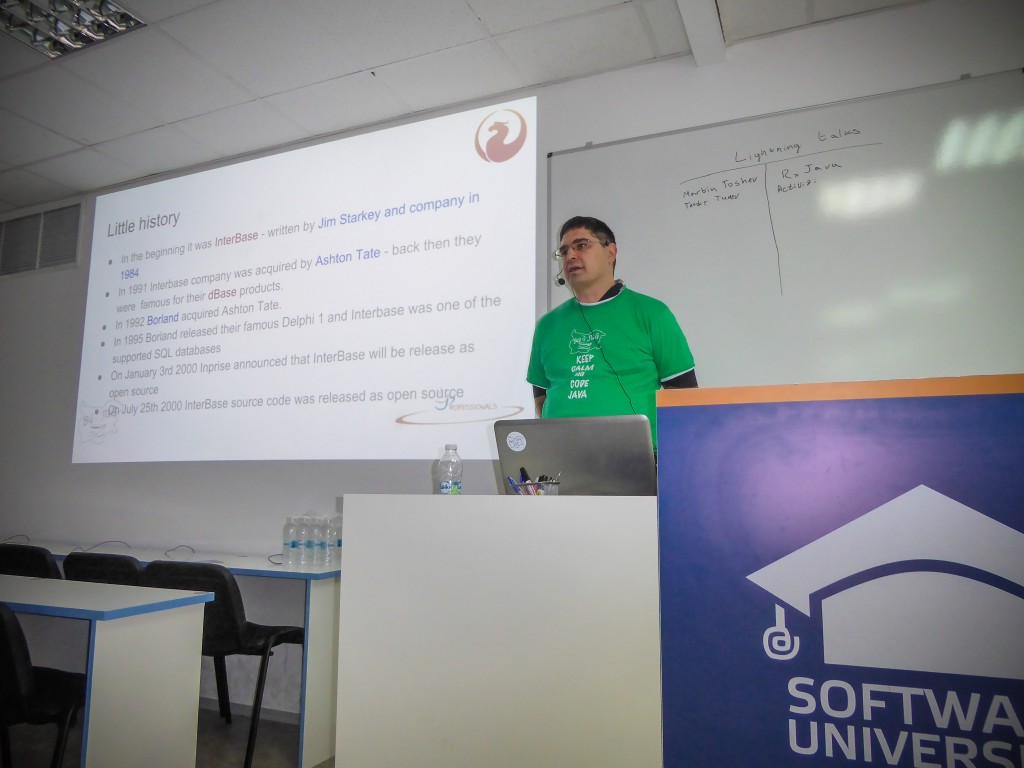 Richard Warburton then gave his second talk about “Java Generics: Past, Present and Future” 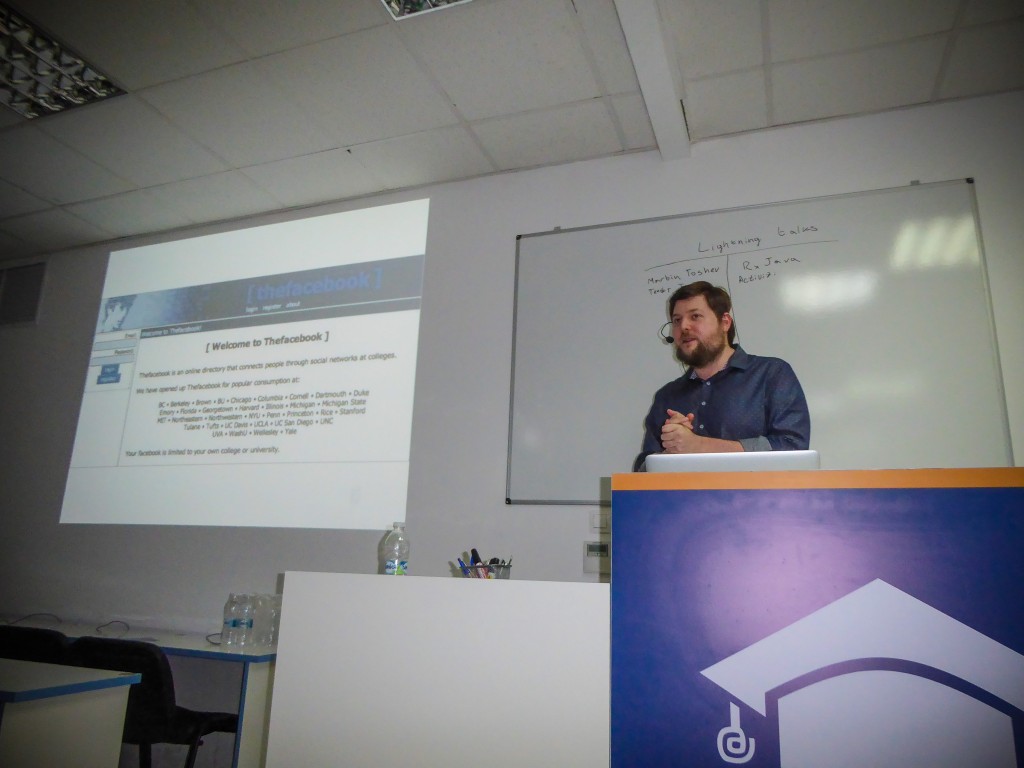 It was not just about generics history, but also about their new abilities in combination with Java 8 newest features. The usage of super may now be much higher. Quite on the leading edge!

The scheduled part of jProfessionals 2.0 wrapped up with a very technically advanced demo by Petar Velikov regarding “Jenkins Builds with Docker Containers“. Jenkins seems to have a very powerful integration with Docker, so the ci testing can now almost seamlessly benefit from the great functionalities provided by Docker. 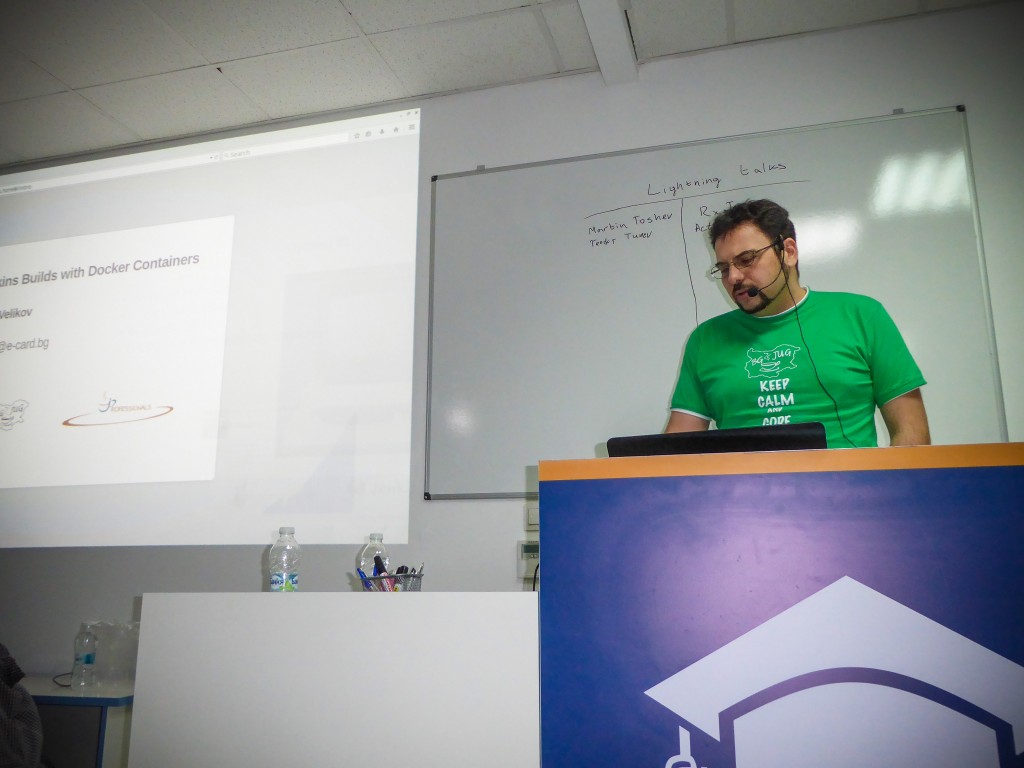 At the end we had planned time for free lightning talks, and we had two submissions at the end:

It was a busy Saturday at jProfessionals 2.0, which ended up (of course) with beer! 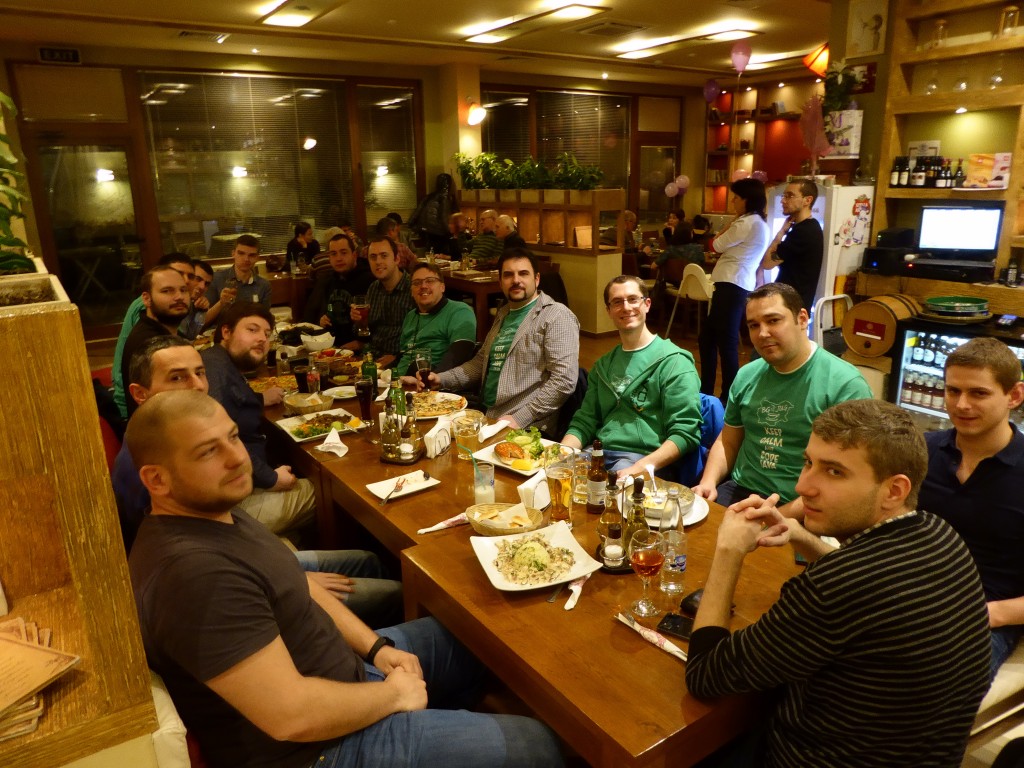 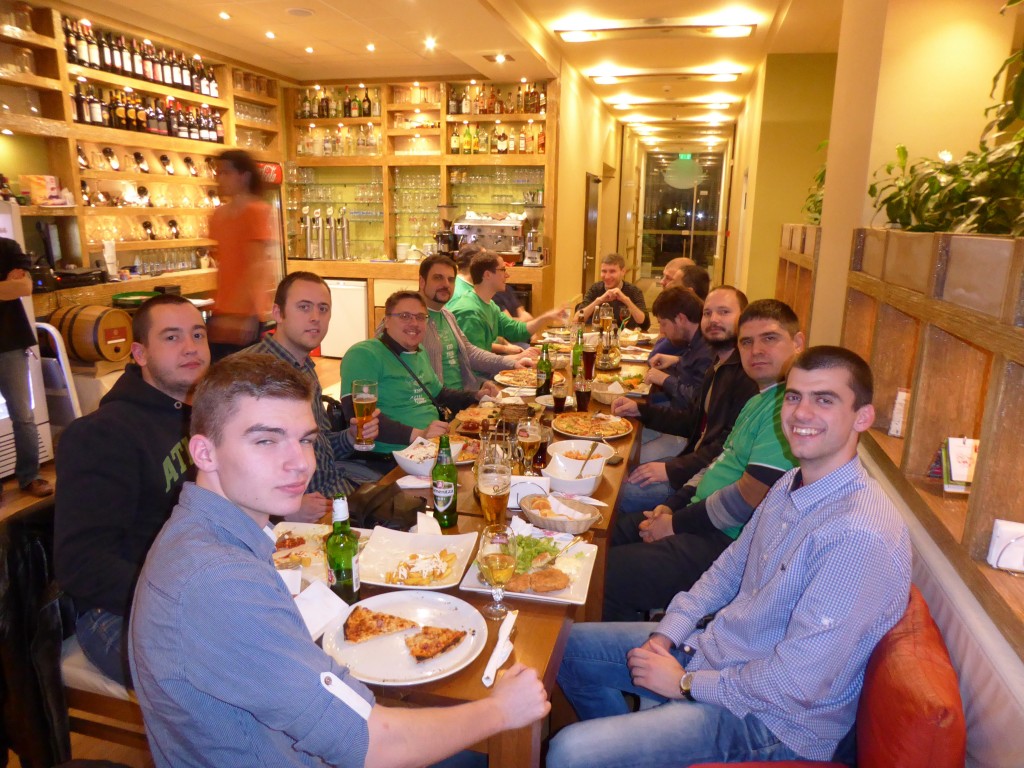 Many thanks to our sponsors for making it happen:

And SoftUni for the great venue!!
Once again, thanks everyone for attending! 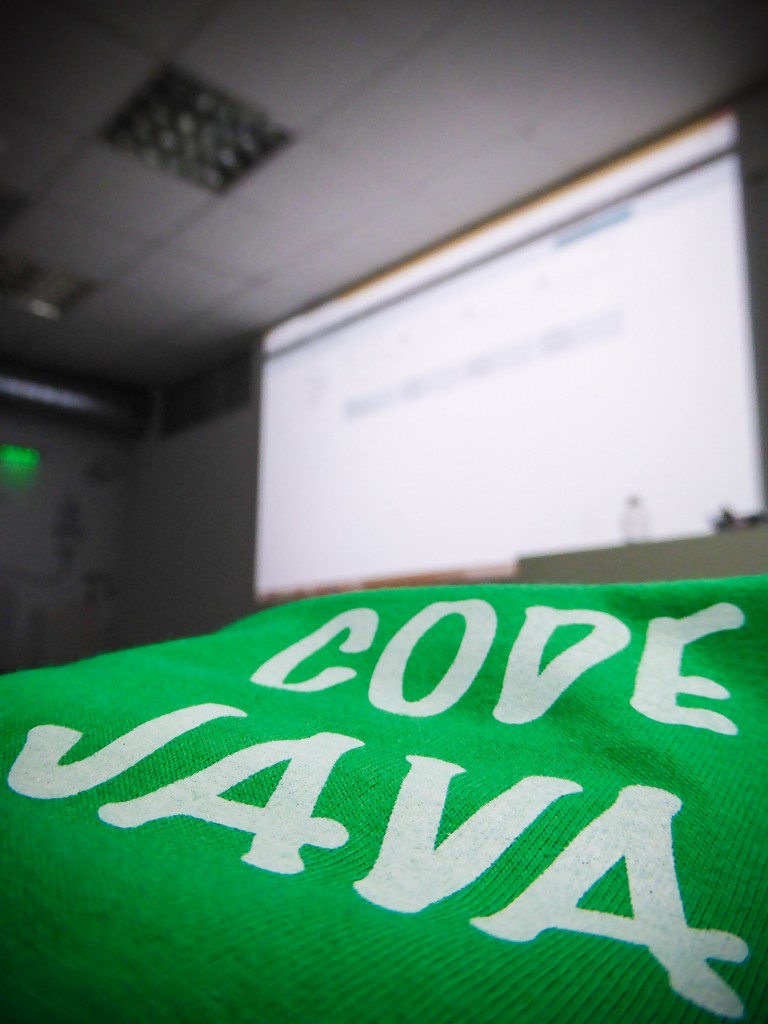